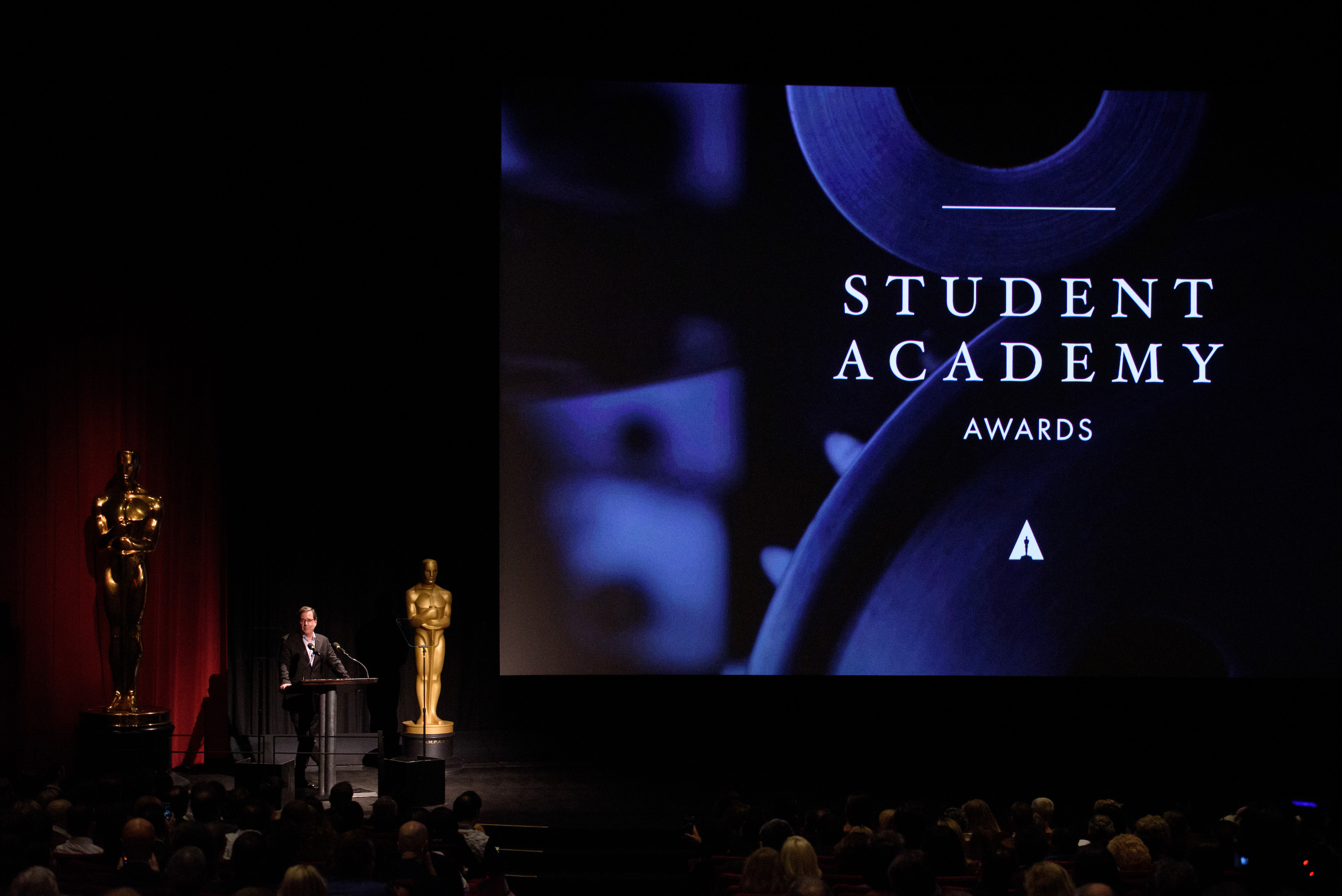 Last night at the Samuel Goldwyn Theater in Beverly Hills, the Academy of Motion Picture Arts and Sciences from colleges and universities around the world at the 46th Student Academy Awards® ceremony. “You are the future of film: a future that is diverse, international and very bright,” said David Rubin, the President of the Academy, “On behalf of all the members of the academy, we can’t wait to see the stories you next tell.”

The American Film Institute swept the Narrative Category with Asher Jelinsky winning the Gold Medal for , Hao Zheng winning the Silver Medal for and Omer Ben-Shachar winning the Bronze Medal for — all from the Class of 2018.

In his acceptance speech, Ben-Shachar said, “At 11 p.m. when we were working late hours at AFI, people would come and ask ‘Don’t you want to go home?’ and I would say, ‘I’m already there.'” Zheng talked about how much it meant to pursue his filmmaking dream as an AFI film student from China and to get the blessing of his father, while Jelinksy spoke about the importance of visibility with their film about a trans woman who works at an auto shop during the day and can only be herself at night.

in full from the night, and check out the production crews behind the award-winning films: